Celebrity NewsHere Comes the BOOM! How Did Kevin James Do This?

Here Comes the BOOM! How Did Kevin James Do This?

Kevin James Weight Loss: Kevin James was always known as a large man in the public eye, whether for his sheer size or his big personality. However, he wasn’t always the 300 lbs, large man America and the world came to know and love… He weighed a mere 150 lbs during his high school career and wanted to be a professional athlete. But unfortunately, due to unfortunate injuries, he had to consider a different career.

This begs the question, how did Kevin James lose all that weight? Foodwise, Kevin James followed a low-carb diet which he paired with a workout routine that consisted mainly of running, sit-ups, and push-ups.

During Kevin James’ role in Paul Blart the Mall Cop in 2009, the actor weighed a whopping 300 lbs. However, after his filming ended for Paul Blart, he started a vegetable diet which was paired with a rigorous training program that helped him shed a few pounds.

Throughout Kevin James’ acting career, he has always struggled with his weight, losing a few pounds and maintaining it for a little while before falling off the bandwagon again, which ultimately led to him regaining the weight he had worked so hard to lose.

What Are The Main Things James Did to Lose Weight? 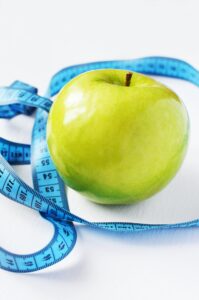 During Kevin James’ biggest break, a sitcom series called ‘The King of Queens,’ he weighed 300lbs, but, throughout the decade-long series, there was a noticeable change in his appearance. He had slimmed down slightly since the start of the series. During the filming of the series and due to commitment and a low carb diet paired with exercise, Kevin James lost 50 lbs. Unfortunately, his new body transformation formula wasn’t easily maintainable, which caused him to fall back into his old habits and inevitably led to him regaining all of the weight that he had lost.

Kevin James’ most significant weight loss and figure change had been during the preparations and filming of the movie ‘Here comes the Boom’ where he plays the role of a science teacher who was a collegiate wrestler in his prime. The character Scott Voss played by Kevin James starts a mixed martial arts program as an extracurricular to save the art program.

When Scott Voss discovers that most MMA fighters earn $10,000 just for stepping into the ring, he vows to get in shape and subject himself to a series of brutal beatings so that the arts program at his school wouldn’t be axed. 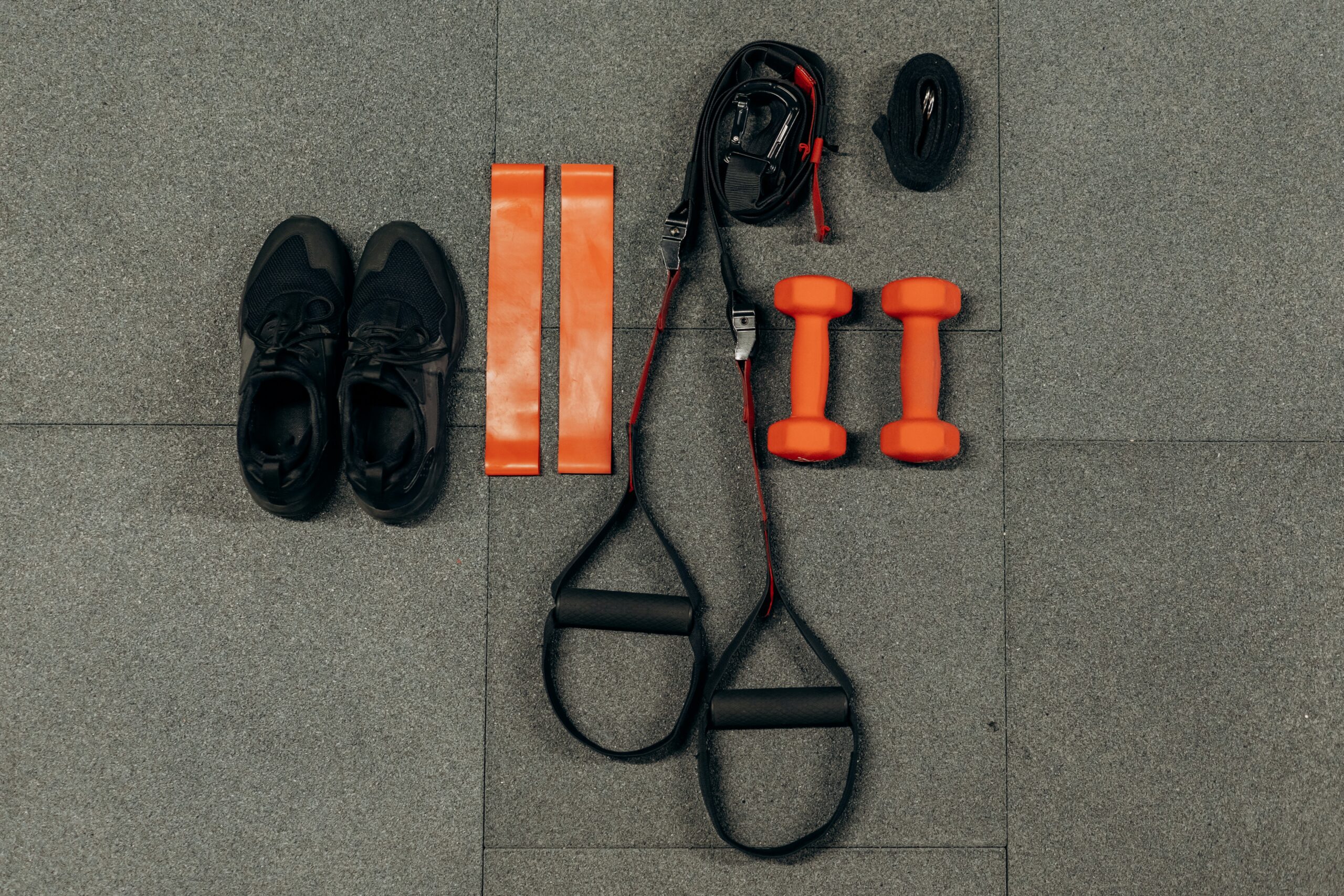 When Kevin got the role of Scott Voss in ‘Here comes the Boom,’ he asked professional MMA trainer Ryan Parsons to be his trainer and treat him like any other fighter and not like a Hollywood celebrity. During the preparations and throughout the film’s shooting, Kevin started training with Parsons, whom he met on the set of ‘The King of Queens.’

These workouts combined were designed to improve Kevin James’ stamina and build his boxing skills. Most of his workouts were intended to strengthen his core and improve his balance as well as improve his coordination.

Kevin James’ trainer once said in an interview to Men’s Health Magazine: “Too many people make excuses for why they can’t work out like they are not near some state-of-the-art gym.”

According to Parsons, Kevin would often not be able to fit a workout into his schedule due to travel or work. Hence, the only way he would fit some sort of workout in was when he would go for a run through the town he was passing. He even went as far as running up and down hotel stairs and renting bikes to cycle for an hour when he could. Parsons’s philosophy is to use anything available to you to complete a workout.

Kevin James’ workouts often included a medicine ball which improved his core strength, flexibility, stamina, and coordination. The medicine ball was often brought into the mix when he was doing sit-ups and push-ups. Lastly, the actor followed a tough boxing program that increased fat burning and burning extra calories. Parsons had James start with 15 minutes of pad work before every boxing routine, and then he progressively built-in 5-minute increments.

According to the trainer, James was eventually able to go for an hour at a time without breaking a sweat. Following Parsons’s anywhere, anytime philosophy, they even went as far as moving hotel furniture to fit in a boxing workout, according to an interview Parsons did with Men’s Health Magazine in October 2012. By the end of filming ‘Here comes the Boom,’ Kevin James had lost 80 lbs and was in the best shape of his life.

When Kevin was asked about his drastic physique change after filming, he said: “I felt better, my clothes fit me, my mind was clearer. But it’s a very difficult thing to sustain. I was working out all the time when I was getting ready for the movie (Here comes the Boom)”.

How Can I Adapt This to My Daily Life? 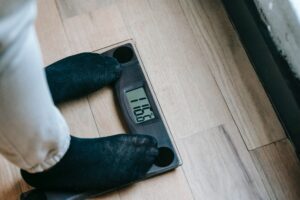 We live in a day and age where people are taking their health and physical appearance much more seriously. We feel all of this pressure from society to look good and live healthily. Not looking good is tough, not feeling good is tough, working out is tough but at the end of the day, we all need to choose the tough reality we want to live in.

The point is it’s challenging to set yourself into a healthy routine, but it gets easier and easier every single day if you don’t lose focus on your goals. There are many ways that we could implement this into our daily lives, the most important one being :

Always choose the healthier option. Instead of taking the elevator, take the stairs; not only will you burn some extra calories, but it’s also heart-healthy. Try to work out whenever you can, even if it’s a few jumping jacks or push-ups when you get out of bed in the morning. How many times a day do you catch yourself picking the faster, lazier option? Everything has been about convenience for us. Lately, it’s about feeling good at the moment, but we all want to complain about how we look in the mirror or the fact that we are always tired when in reality it’s because some of us overeat and others not enough, we aren’t fueling our bodies effectively… We keep trapping ourselves in a vicious ever-repeating cycle of setting our lives straight just to fall off the bandwagon again. All it takes is that first step, make the conscious decision to choose yourself, your health, and keep your body moving. The biggest lesson we can take out of Kevin James’ journey is to keep being consistent, keep trying, keep moving, fuel your body with what it needs and not what it wants.

Here are some quick no-equipment workouts all of us can do: 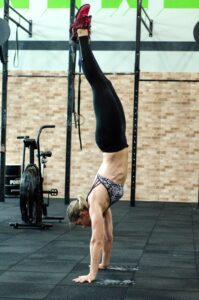 While only moving might not be the answer for all of us, what we put in our bodies is of huge importance if we want to achieve our goals. You won’t put oil in your gas tank, would you? So why put junk into your body? So many of us are finding it difficult to maintain or even achieve the bodies we so desperately want because we have a monumental gap in our knowledge when it comes to nutrition. Even when it’s all so basic, we have been brainwashed by convenience when it comes to food.

A low-carb diet worked for Kevin James. It might work for some of us, but even if it doesn’t, it’s not the end of the world. There are plenty of other eating plans to try. At the end of the day, a healthy lifestyle is like trying on a pair of jeans. If you’re not happy with the one you’re trying, there are always other options. You don’t have to like the first pair of jeans you try on, just like you don’t have to like the first diet or training style you try out. The most important part of working out and living healthy is to have fun with it. It will make committing to your goal much easier.

The Secret Behind it All

The King of Queens might have fallen off the wagon a few times on his weight loss journey, but ultimately, he got back and prospered in his weight loss journey. Kevin James reached his dream body through commitment, a healthy diet, and setting goals, and ultimately improved his health. Proving to the world that anyone can shed those few extra pounds that we carry in our purse.