Celebrity NewsCelebrity FavoritesJennifer Anniston Really Eats One Of These Everyday!

Jennifer Anniston Really Eats One Of These Everyday!

Ever fantasized about having Jennifer Anniston’s in-shape body that never seems to depict the marks of old age? Several people have had that question. Luckily, Jennifer answered that for us. However, here’s a heads up that it’s not something you’d expect!

The Star’s Discover – What Does Jennifer Aniston Eat Everyday?

The 52-year old friend’s star recently disclosed some shocking facts about her daily routine, which indeed left the readers’ stunned, and that’s just an understatement. InStyle took an exclusive interview with Jennifer Aniston for their September issue where she opened up about her diet and exercise regime, including what some would state as her bizarre snacking methods.

So, what did Jennifer really say that it went down in history as one of the most surprising snacking habits in today’s world of weird diets?

The celebrity declared that she eats one chip or M&M whenever she feels stressed out. Wait, did you read that right? Absolutely! Jennifer sticks to one chip or M&M and NEVER grabs another at the same time. That’s a whole lot of self-control right there.

If you think that maybe this is a once in a blue moon thing for Jennifer, it’s not. In the iconic words of David Schwimmer, “we were on a break,” Jennifer and snacks are definitely not on a break either.

In reality, restrictive diets and no cheat days are what her lifestyle is all about! Temptation never sticks around for too long when it comes to Jennifer; she has the experience of keeping it at bay.

The Importance of Self-Control! 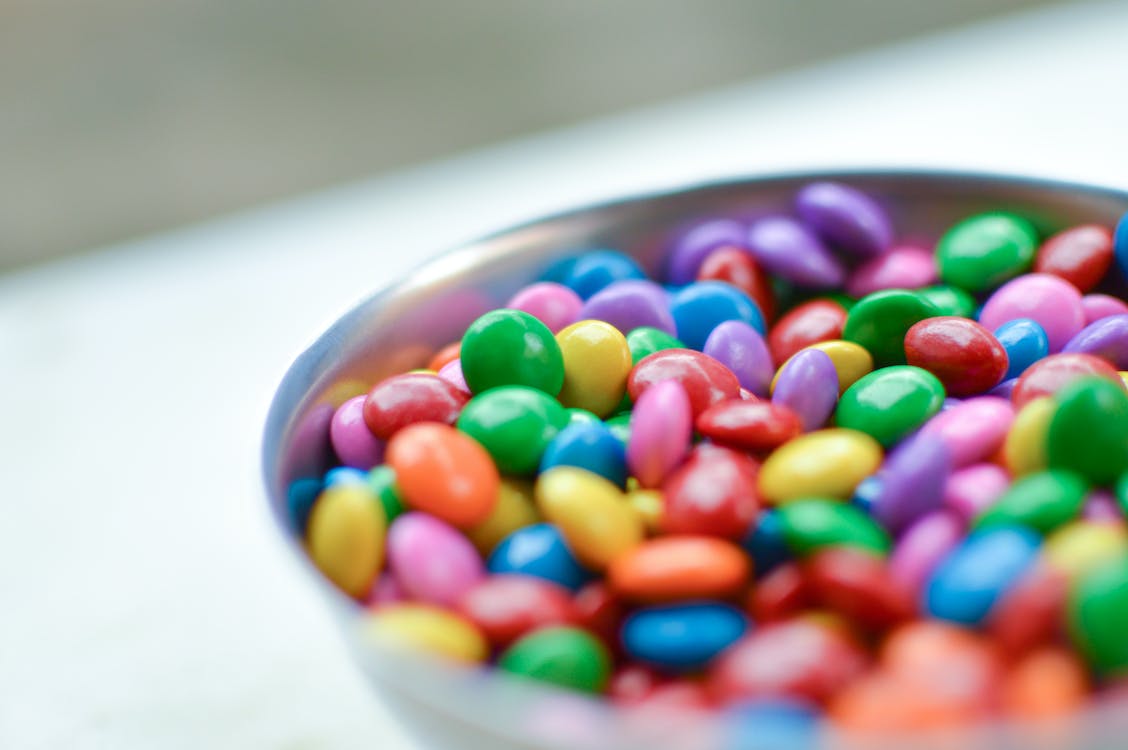 Jennifer practices this self-control in other areas of her routine too. For instance, it’s a huge no for the star when it comes to exotic drinks. She sticks to a margarita or dirty martini, and even in these, there’s no sugar involved.

You’d think Jennifer, with her strict diet and one very tiny snack a day, wouldn’t need to work out at all. But she tends to disagree with this idea and says that she takes out at least ten minutes every single day to move her body, usually pilates.

No wonder she still looked smoking hot when she acted in ‘We’re the Millers’ despite being 44 years old at that time, an age where we think it’s already the end of our young, beautiful days.

For Jennifer, this strict diet and exercise pattern isn’t a one-time thing or something she occasionally does in phases. She’s a stick-to diet and exercise fanatic, which is how she has maintained her figure all these years and looked as amazing in the friends’ reunion as she did in the last season.

Jennifer had an idea that what she had to say about her snacking habits would come off as unconventional, which is why she stated in the interview, “I know, that’s so annoying”. But surprise, surprise. The repercussions of her statement backfired tremendously, possibly more than she imagined.

People had a lot to say about Jennifer’s snacking tradition. While some were impressed, others came up with light-hearted jokes, and several on the internet were even triggered due to the fact that eating disorders and body dysmorphia is real.

Many went over to social platforms and described her one chip/M&M rule as an impeccable feat of self-control and wondered how she did it in the first place. Others had questions about how long it takes her to finish a bag of chips. And honestly, we do too. What does she do with the whole bag after opening it for a single chip during a stressful crisis?

Some even took to appreciating Jennifer for coming out with her eating habits publicly so that people who dream about that perfect body shape also come to terms with the reality of what it takes.

Meanwhile, several internet users took it from a negative perspective that celebrity endorsements of such impractical diets have a significant impact on people and may even subject them to physical and mental conditions. There were still many that contradicted these beliefs following the ‘to each their own’ perspective. In other words, Jennifer does what she does to look a certain way; she isn’t harming anyone else with what she does.

Does the internet craze over Jennifer’s statement affect her in any way? We doubt that. Like Jennifer has said on Friends, “no uterus, no opinion”. Although, she’s not one to take to heart the opinion of those with a uterus either. But is the internet getting over what Jennifer Anniston had to say on her moderate snacking? Not anytime soon.