Celebrity NewsThis is How You Can Do it Too - Jessica Simpson Weight...

This is How You Can Do it Too – Jessica Simpson Weight Loss!

Jessica Simpson Weight Loss: The entertainment industry can be extremely critical and precise. This often leads to a lot of stars becoming out of touch with not just their mental health but also their bodily health. The feeling to always look your best and be in the ideal shape, pressured by strict beauty standards.

Being in the public eye and not only having people talk about you but also reading and watching segments on even the smallest flaws and mistakes. It makes a person almost scared to be human in the fear of criticism. Eventually, some celebrities break free and focus on their health primarily for themselves and their own wellbeing and choose not to listen to suffocating remarks.

Who is Jessica Simpson?

Jessica Simpson is not only an actress but also a businesswoman, singer as well as a fashion designer. She was born in Abilene, Texas, in July of 1980. When Jessica was a child she would perform in her church’s choir and this started her passion for singing. At 17 years old, she signed with Columbia Records in 1997. Her debut album, Sweet Kisses, sold two million copies in the United States. Her single, “I Wanna Love You Forever” saw commercial success and helped her to become recognized.

Earlier in her career, Jessica became more known for her relationship and later on marriage to Nick Lachey. The couple appeared on the MTV reality show called Newlyweds: Nick and Jessica between the years 2003 and 2005.

Jessica launched her fashion line called The Jessica Simpson Collection in 2005. In revenue, her brand has earned over $1 billion. Not to mention she’s starred on many television shows and also released a memoir in 2020 called Open Book which reached number one on The New York Times Best Seller list and sold over 59 000 copies in the first week. After her divorce from Nick Lachey, she later remarried and has three children with her current husband, Eric Johnson.

What Method did Jessica Simpson Use For Weight Loss? 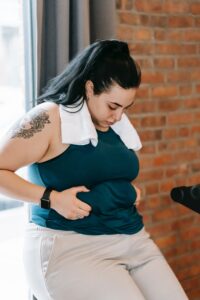 The methods used for Jessica’s weight loss journey were given to her by her personal trainer. He has helped her throughout the years to lose weight and stay healthy. After her daughter was born Jessica was determined to lose not just the baby weight but reach a state of health and happiness that will be sustained. Here are some of the tips and methods Pasternak gave Jessica to follow:

How Much Weight Jessica Simpson Lose and Can I Lose That Much Too?

After giving birth to her daughter, Birdie Mae Johnson, Jessica revealed that she lost a whopping 100 pounds in just six months postpartum. Her longtime trainer, Harley Pasternak, said that she got into shape by amping up her daily steps and eating healthfully.

With the right motivation and dedication, you too can lose just as much as Jessica did. However, do remember that everyone’s body is different and following the exact same routine she did may not work the same for you. It’s always best to first understand your body and its needs before starting drastic changes in your lifestyle. The best thing would be to base your diet and workout off of Jessicas and take note of the key factors but tailor it to your own body type.

Jessica Simpson’s diet and exercise plan are not restricting or extremely intense which makes it ideal to base your own off of as it is focused on overall health apart from only being intended to lose weight. 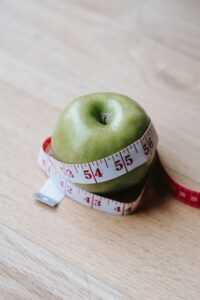 To adapt this method to your own weight loss journey you can take the core parts of Jessica Simpson weight loss routine. Having a personal trainer is definitely an advantage but if you put the effort and determination in, you don’t need one. It’s easier when there is someone holding you accountable and if you want it badly enough you will take on this role yourself.

Jessica’s personal trainer gave her manageable and effective guidelines for her weight loss journey. As we can all see it worked exceptionally well. The tasks she was assigned to complete every day by the trainer, Harley. These were to eat healthfully, exercise, hit a step goal, get enough sleep and eliminate technology for one hour.

Her diet allowed for cheat meals, not cheat days, which helped curb cravings and keep her on track and not fall into bingeing from feeling restricted. If you can use these key factors and adapt them to your lifestyle then you are sure to see some overall differences.

Another great benefit of these plans is that it also makes maintaining your healthy weight easier and is able to stop you from gaining it all back such as fad and crash diets tend to do.

Jessica Simpson shows us that you don’t need elaborate or extreme workouts and dietary plans to lose a substantial amount of weight. To make things even more motivational she did this all within 6 months of giving birth. When we realize that celebrities are just like us and go through the same struggles such as having baby weight and bad habits it makes it a little easier to have faith in ourselves. All you need is determination, patience, and motivation.